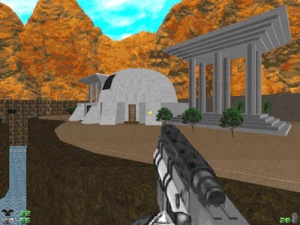 The Palace of Quatto the Hutt

Dawn: A Prelude is a 5-level prequel to The Darkest Hour, which is set in the Star Wars universe. Wrok Onmo is in an Imperial Penal Colony on the Lodai Asteroid. His gang breaks him out so that he can travel to the fortified palace of Quatto the Hutt, who wants to commission him to steal the plans to an Imperial Cybernetics Facility.

The permanent download location is located on the /idgames archive. (See External Links) 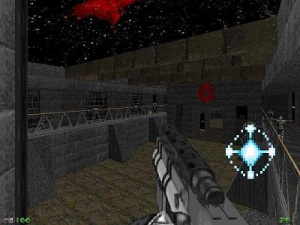 Jail-break from the Imperial Penal Colony

There is one new enemy, with behavior modified via DeHackEd (this mod was created before DECORATE became a feature of ZDoom).