This WAD has discontinued in development.

The Stick Figure is a total doom conversion modified from Chex Quest 3's resources. The WAD contains its own Sprites, Textures, Flats, Music, and Maps. The player is a stick figure that needs to kill all enemies and the "Boss" in order to save stickkind. The player would be killing his own people, but hypnotized by the "Boss". Levels are mostly based on escaping a prison, followed by rushing through urban county areas, and infiltrating the "Boss"'s Base.

You have been caught not being under control by a certain robot. This robot is a high-class robot. Scientists and Technicians programed the robot to take orders. Once the scientists have made sure it was ok, they tested it out. The high-class robot worked fine. But 3 mad scientists were curious. The 3 sabotaged the robot, and programed it to give out orders, but it malfunctioned. The robot sent out a massive psychic wave across a huge landscape, and all who were caught in it were in the robots control. It's control. The Nightmare's control... 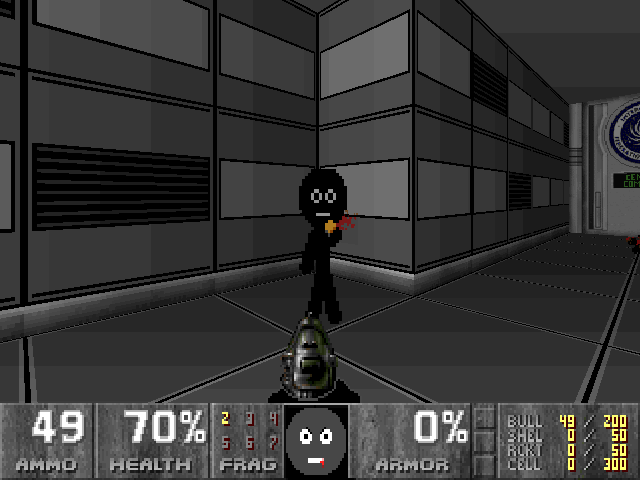 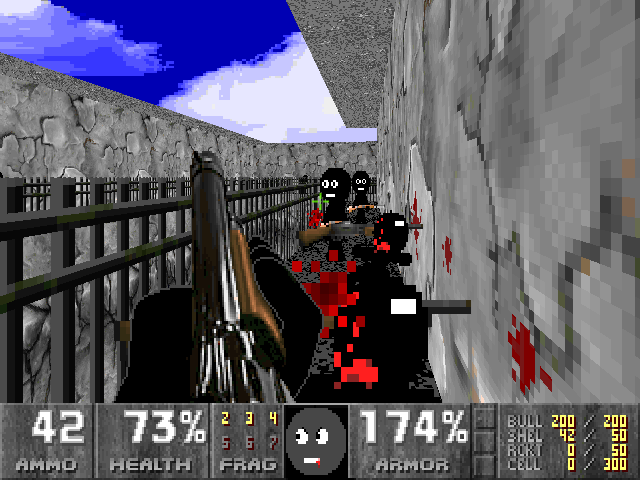 The player shooting enemies in E1M4

This WAD is not finished yet, so some Chex Quest 3 textures still are in it. Some Doom stuff was copied and put in this WAD, but soon, the WAD will have its own un-copied stuff.

Episode 1 of this WAD is complete and playable. A demo might release for people to test out.

While the author has been modifying and editing this WAD further, here are some screenshots that show how the wad has changed. 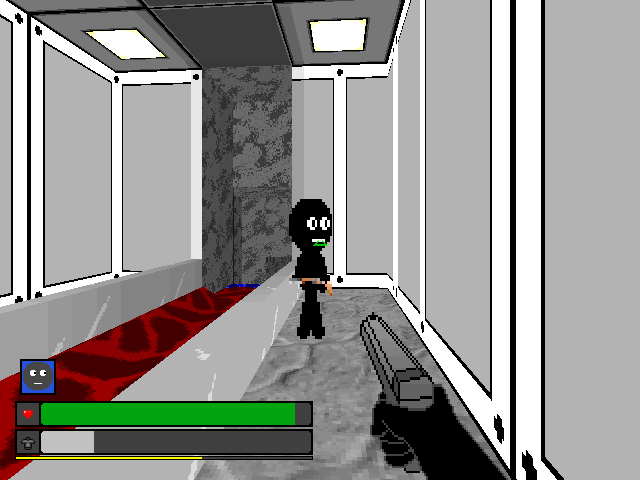 The Weapons have been changed, and so did the player's HUD 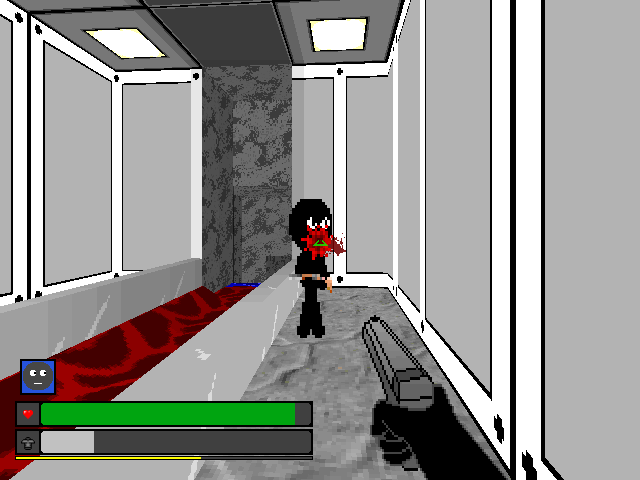 Here, the same enemy stick figure is being shot at by the player 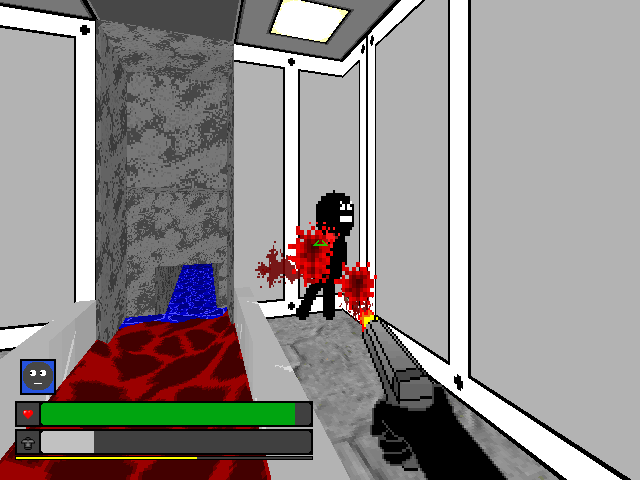 The enemy stick figure is shot to death by the player 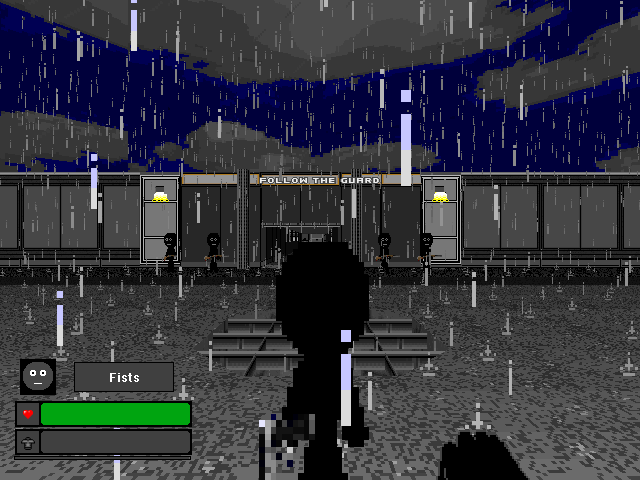 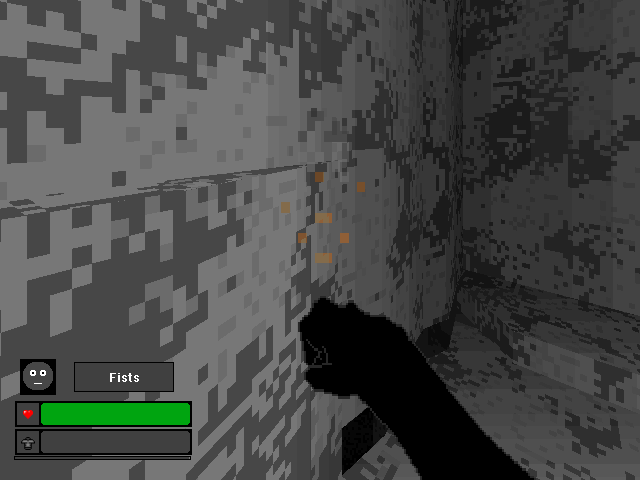 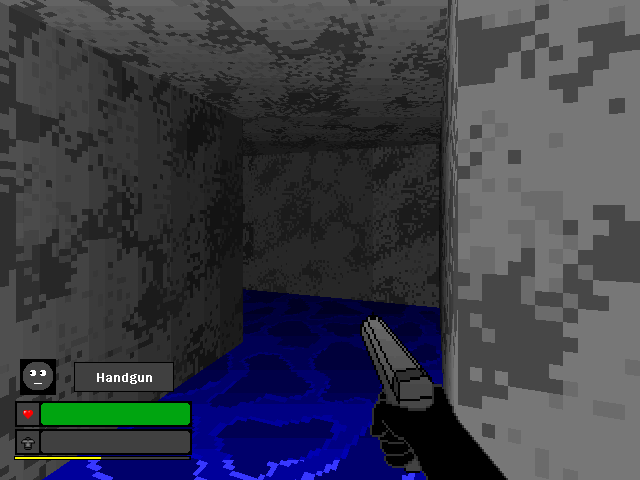 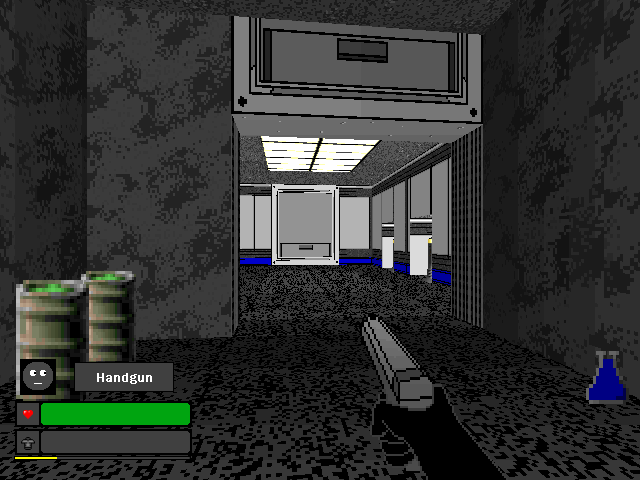 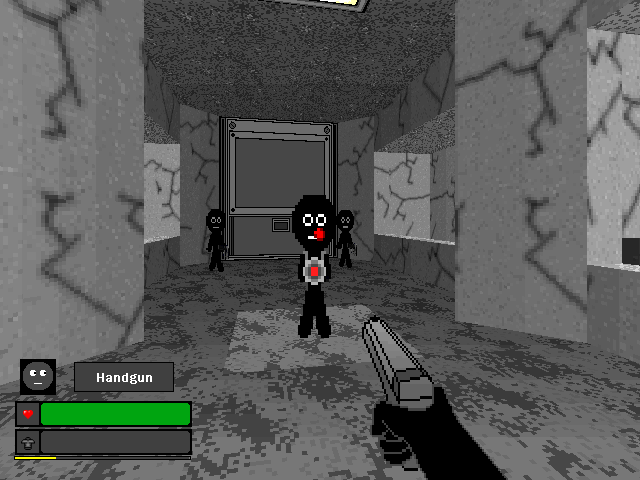 - HUD bars have been shortened half size

- Pain & Death sounds added from All out War 2 WAD

- Some sounds are not from the author

- E1M1 Is now unplayable. It was replaced with a quick clip.