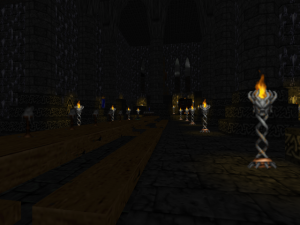 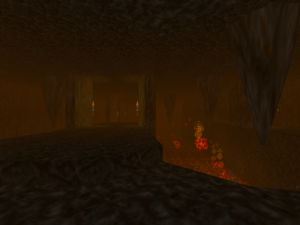 Serpent: Resurrection is a very ambitious mod for Hexen created by The Ultimate DooMer. Using GZDoom features and a fully scripted RPG system, this 25-map adventure really brings the characters to life, as well as bringing all three Serpent Riders together for the first time in a proper RPG fantasy world! 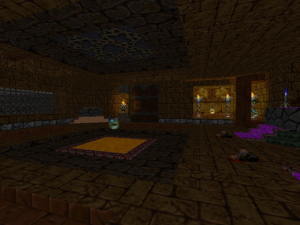 Serpent: Resurrection alters the normal gameplay of Hexen greatly. The game starts by "rolling up" the attribute scores for the character. Attributes are Health, Strength, Dexterity, Constitution, Wisdom and Sorcery; and each class has its own cap to these scores. Killing monsters gives XP and lets you loot gold pieces, making your character level up and allowing you to buy more equipment in the shops.

The new features used by this mod require to set up a few keys to new functions, notably for the weapon slots 5-to-7 and to use the statistic and level-up screen. In addition, if the SBARINFO HUD is too small to be legible, use "puke 809" in the console to use a scripted HUD with larger fonts. If the music does not play after loading a savegame, use "puke 808" to restart it. 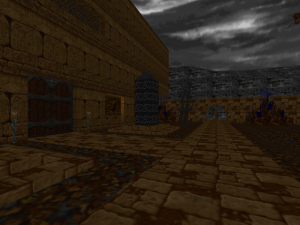 During the 2010 Cacowards, Serpent: Resurrection was recommended with the comment that it would have received an award if its author wasn't part of the jury.

The character Banedon which is mentioned in the introduction is the hero of Shadowcaster, a Heretic mod by the same author. The other references are islands named in homage of Hexen mods, such as Wolfen and Resurrection of Chaos (Roc).