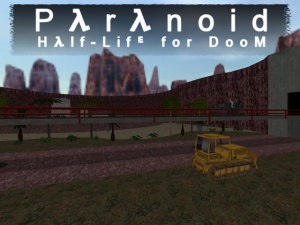 A Half-Life mod for GZDooM. 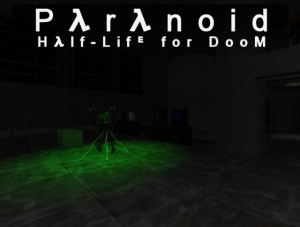 A Vortigaunt charging up

This is an 8-map hub for GZDoom. You will play the role of an industrial espionage agent that infiltrates the Black Mesa Research Complex, and you will explore scientific laboratories, storage warehouses, water treatment facilities, caverns, canyons, etc. As you move from objective to objective, you will return to some maps you have previously visited. Along the way you will be assisted by an unobtrusive hint/message system that can be called-upon via strategically-placed walkie-talkie radios.

Most areas are designed to have a realistic look and design, with a multi-story office building, a multi-story prison facility, railway bridges, cafeteria, toilets, etc. The gameplay involves some friendly non-player characters, scripted fighting between alien and human enemies, and a fair amount of running & gunning. 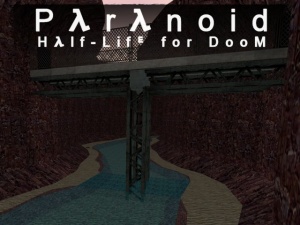 A railway bridge across a canyon

This can be considered a "total conversion", as it replaces enemy/weapon/decoration sprites, and textures & flats. Extensions are planned, notably a three-map hub continuing the adventures of Dr. Rolf Bellmer and a two-map crossover mod allowing to use the Paranoid arsenal against the Doom demons. A third expansion featuring the opposite crossover may also happen later.

Although it did not win an actual award during the 2010 Cacowards, Paranoid was recommended with the comment that "it recreates Half Life so accurately in the Doom engine, you sometimes forget what game you're playing."