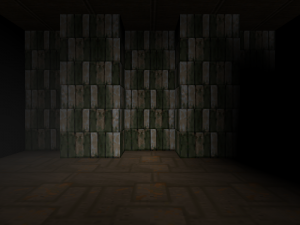 Dynamic lights are objects that provide point-based light sources. They can be used to complement the Doom engine's sector-based ambient lighting; but they are more resource-intensive and should not be used to replace sector lighting entirely.

Dynamic lights can also be attached to certain actor frames with the GLDEFS lump and the light keyword in a DECORATE state definition.

A dynamic light is represented by its RGB value and intensity. Intensity basically corresponds to the light's radius; RGB values to its color.

Non-attached dynamic lights are PointLights and its derivatives.

Note that since ZDoom does not implement the dynamic light objects, if they are used in a map, they will spawn as error markers in ZDoom.